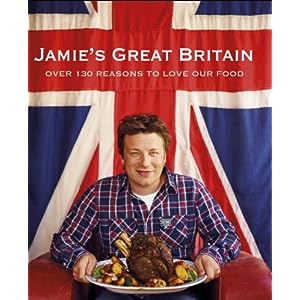 Maureen: I think frankly all his best books are behind him.

Kirstin: So true. I don’t like his vision of Great Britain.

Kirstin: I have to admit I didn’t cook much from this book. I really struggled to find anything I wanted to eat from it.

Maureen: And the problem was that almost all of the recipes were weekend elaborate meals, not ones that you could bang up on a week night.

Kirstin: And none that our children were going to like, to be honest. Indeed I kept cooking from Bill this month because there were more recipes I wanted to try. And the kids loved those!

Maureen: The other thing that killed me about this book because you know this is going to be a Christmas bestseller but it’s his worst book to date. Which is saying a lot after the 30 minutes. The shame of it is that Lucas Hollweg‘s book was so much better and it will sell a mere fraction of the copies this one will sell.

Kirstin: I was going to give my copy away but managed to get a stain on it…gah! It’s going to have to go to a charity shop.