Tim: What’s your verdict for this risotto?

Andrew: I liked the fact that it was a proper risotto with no extra stuff. There was no fancy chilli imported from Mexico, say. It’s just risotto with peas. Delicious.

Maureen: But you didn’t even have the yummy stuff on top.

Maureen: Pancetta! But it’s your loss, which leaves more for us. It’s great.

Tim: There were more peas than I would have liked.

Andrew: I liked that there were more peas.

Tim: I should have eaten around them and given them to you.

Nicholas: This is very rare for me to say. But this is very, very good.

Maureen: You, too, opted out of the yummy stuff on top.

Tim: That’s OK. Just say you wanted to be healthy. 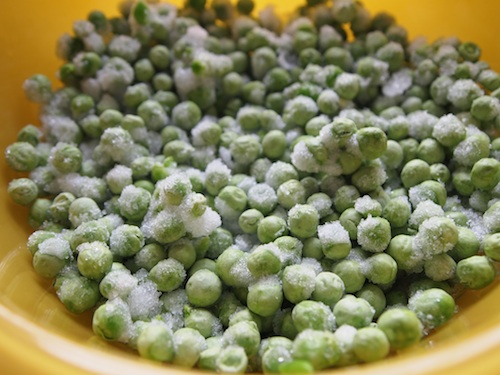 Maureen: If you knew how much butter I put in this risotto, you’d know with or without the pancetta, it’s far from healthy.

Andrew: How much did you put in?

Maureen: 200 grams. That’s what made it so good. Would you like me to make it again?

Tim: Yes, but with less butter.

Maureen: I should tell you that I started out by adding only 100 grams, but it wasn’t creamy enough. So I didn’t add it all in one go. But it did end up equalling 200 grams anyway.

Tim: I’ll just have to pedal extra hard on my bike tomorrow.

“Pea and Pancetta Risotto” from “A Taste of Home”